Autosave.ntf file Default Location can be obtained as C:\Program Files\IBM\Notes\Data. 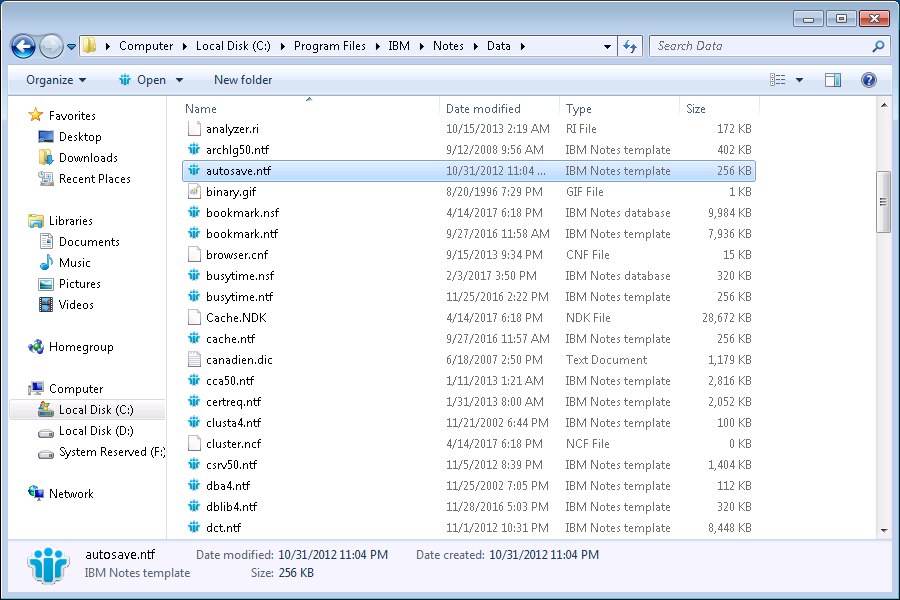 What is notes autosave.ntf file?

Autosave is one of the nice features in Lotus Notes. It can create a copy of recent work done in Notes. If user's computer crashes by any reason, then this feature will save a copy of latest work done by him. With the help of that copy, one can easily recover his data.

What are the Features of notes autosave.ntf file?

When can it be helpful to use lotus notes autosave ntf?

The file location is by default in the local data directory by the template as autosave.ntf. It is an encrypted file and can be open in Lotus Notes but not in a single view. The user's auto save database is named with “as_” followed by the his first initial and last name. Example, a user George Mathews will have his AutoSave database file as as_JMathews.nsf.